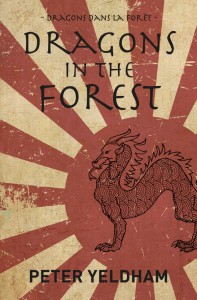 He was my brother-in-law and a friend. A great companion who enjoyed a party, a man with a fund of humorous stories about his colourful life.

I met him first in 1959 when my wife and I were living in London, and Alex and his wife Winifred were on home leave from his job as the manager of a Jardine Matheson company in the Far East. He was born and grew up in Japan, the son of a French father and a Russian mother, hence the occasional visits to his relatives in France. The pattern changed in 1974 when he was appointed Chief Executive for Europe of a large Japanese company, and bought a house near us in Surrey. We saw a lot of them over the next few years, and even more after we moved back to Australia and Alex and his family came to live in Sydney four years later. I remember their house in Chatswood, tucked away in perhaps the only strip of remaining bushland. Alex decided his son and his daughter needed a swimming pool and set about building it almost entirely by himself.

Over the years I learned a great deal about Alex, and his adventurous life. At the age of ten, on one of their home leave voyages to France, a fire destroyed their ship. He and his parents escaped on a crowded lifeboat, and spent several desperate days trailed by sharks, tormented by the sun and frozen by chilly nights until being rescued. It was over dinner one evening that we persuaded Alex to tell us about the lucky escape at sea, and that was when his wife, Winnie said, “You should hear about what he got up to during the war.”

It was a remark that led to them coming to spend a long weekend with us, and I set up a tape recorder and asked Alex to tell us about his life during the four years of war. He was a natural raconteur, and before long I learned he was in his last year of school when Japanese planes attacked Pearl Harbour, and it ended his dream of going to university in America. Many of their friends and neighbours were arrested as enemies. His father, after divorce from his mother, had been secretly working undercover for General De Gaulle and the Free French. He had to abandon his profitable business and flee to Saigon to avoid arrest by the secret police. Alex, his mother and sister were classed as neutral foreigners, and able to still live in Yokohama, but they had to report regularly to the local police. His mother sold her jewellery, but they lived in hardship until Alex was able to get a job with the French Bank in central Tokyo. He supported the family throughout the war, living dangerously at the bank, where his fluent languages (he spoke English, French and Japanese) brought him a key role and a hazardous existence. He worked with the head of the bank, a French aristocrat, Count Savignan deChampeaux, to send large sums of money via the diplomatic bag to Switzerland. These were amounts that belonged to Japanese diplomats and government officials who had doubts about winning the war, and wanted to preserve their wealth. For Alex it meant he could look after his family, but every day of his life was at risk. Had they been caught, it would have meant execution. Life was even more perilous when American aircraft began their nightly raids over Tokyo, almost destroying the city with massive incendiary bombing. By then his family were safe in an inland summer retreat, but Alex was living in a tiny penthouse in the Ginza, where some of the heaviest raids were creating chaos. Towards the last months of the war he was forced to leave Tokyo. All foreigners were ordered to move to Karuizawa, an inland summer retreat, and rumours spread that if Japan was invaded, all neutral foreigners would be lined up and used as human shields. The town was patrolled by the secret police. Everyone was suspect.

“It was dangerous to even smile,” Alex told me, “and if we laughed they’d  arrest us to find out why.” For a man who smiled and laughed a lot, he refused to take it seriously. But he finally did fall foul of the Kempeitai, the dreaded secret police, and was falsely arrested without a charge just before the end of hostilities. He was released by friends with the help of the French Counsel on the last day of the war, and was free to witness crowds listening to wireless sets broadcasting in the streets, shedding tears as they heard their Emperor speak words they had thought impossible, his acceptance of surrender.

In 2015 I wrote of his wartime exploits in the book: Dragons in the Forest.