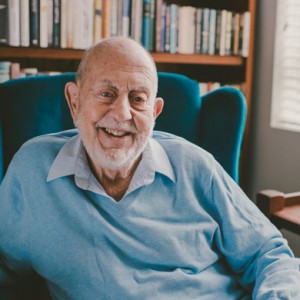 Peter Yeldham has been a writer since the age of seventeen, when he wrote short stories and radio scripts.   He went to England, intending to stay a year and stayed nearly twenty, writing for British television in the nineteen sixties, then feature films and stage plays, including the highly successful “Birds on the Wing” (in 1972 it was the top grossing play in Europe)  and “Fringe Benefits” which ran for two years in Paris.   He has written another six plays for the theatre and collaborated on the musical “Seven Little Australians.”

His Australian work includes numerous mini-series, among them “1915”, “Captain James Cook,” “The Alien Years”, “All the Rivers Run”, “The Heroes”, “The Far Country”, “Run from the Morning”, “The Timeless Land”, “Ride on Stranger”  and “The Battlers”.   He adapted Bryce Courtenay’s novel “Jessica”, which won the 2005 Logie award for best mini-series. He is the author of eleven previous novels, which include “A Bitter Harvest”, “The Currency Lads”, “Against the Tide”, “The Murrumbidgee Kid”, “A Distant Shore”, “Glory Girl” and “Barbed Wire and Roses”.

In 1991 he received an Order of Australia Medal for achievement in film and television, and a Centenary Medal in 2003.   Industry honours include six Australian Awards, a British Writers Guild Award, a nomination for a Ned Kelly Award for his thriller Without Warning, and nomination for an International Emmy for his television drama, “Captain James Cook.”