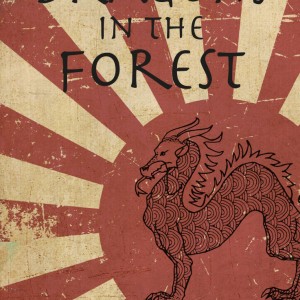 Dragons in the Forest

At present, the number of printed copies you can order online are based on your selected region. Please refer to the below table for details:

We are more than happy to ship additional copies to you. Please contact us on
+61 2(0)478 099 076 or shipping@forpitysake.com.au to order in bulk and we will make special shipping arrangements.

December 7th, 1941
Today the war began! I’ve just heard the news on the radio. I was trying to finish my homework in English, and at the same time listen to a talk to improve my Japanese. I often use the radio for this purpose. The Marianist Brothers at St Joseph’s teach us in English and French, but speaking Japanese at school is forbidden. Which is a pretty stupid rule, since this is where I was born and where my family lives, and on leaving school I want to get a job here …..

Born in Japan of a French father and White Russian mother, Alex Faure greeted news of war in the Pacific with schoolboy enthusiasm. That is until the hardships of being a gaijin and neutral foreigner in Japan during World War II became a stark reality for the Faure family.

December 22nd, 1944
Since Sunday night there has been a raid most days and every single night. The bombing has been relentless. It accounts for the sombre mood; no Christmas spirit in evidence anywhere in this city. Certainly none at the French bank……

Peter Yeldham masterfully tells Alex Faure’s own true story against the backdrop of real events in wartime Japan. Laced with excerpts from Alex’s diary, Dragons in the Forest is a riveting tale of life as a foreigner in a strange land at a very dangerous time.

“This book brings my youth alive, and what an incredible time it was!”
– Alex Faure.